KATSUNOBU (born 1992) started going to an art class in 2006, when he was in middle school (14 years old). He has been making artworks at Ripe House (Higashi-Osaka, Osaka) for more than a decade.
Until around 2015, he created abstract paintings of overlapping rectangles with beautiful textures. Recently, he has been making works with stripes, which are not simply lines drawn horizontally but are created by the countless succession of beginning of brush strokes.
KATSUNOBU’s works, achieved by applying layers of paints according to his own rules, possess the fundamental elements of Modernist expressions, such as flatness, materiality, gravity, repetition of action and sequence of time. At the same time, they escape from these elements, and exist as unique abstract paintings.

KATSUNOBU creates abstract paintings with beautiful textures, achieved by layering many coats of oil paints. In 2006, when he was in middle school (14 years old), he started going to an art class, and he has been making his works since then, which is now more than a decade. At the start, he was inexperienced with painting, but with a support of staff at the art class he encountered oil painting and learned how to mix colors.

Since then, he has been carefully mixing colors and taking time to make color surface paintings, as if he has become mesmerised by the colors.
Between his early years and around 2015, he created works in which rectangular shapes overlap. They are abstract paintings that could look like patch-works or fields. What creates the unique textured surfaces is bumps created accidentally by the unevenness of the paints.
When KATSUNOBU applies paints, he follows his own sets of rules.
For this series, he first applies the paints only horizontally, when the paints are dry, he then applies the paints vertically. Lumps are created where his brush strokes intersect, creating a rich texture.

Recently, he has started making works with stripes. Paint layers on the sides of canvases and paint drops hardened at the bottom of canvases trigger the viewers to imagine his process of making these paintings.
For this series, he repeatedly draws lines vertically. Upon reaching the bottom of the canvas, he moves on to the next column. When he fills the entire canvas with the series of lines, he moves to a slightly lower position and starts painting again, following the same rules.
The viewers realise that what seems like horizontal stripes are actually not simply lines drawn horizontally, but are created by the a countless succession of beginnings of brush strokes.

In order to encounter the color landscape he idealises, KATSUNOBU quietly keeps painting. He always works on multiple works simultaneously, and it takes about a year for him to finish one painting. At one point, he quietly says “It’s done.” and starts working on a new piece. 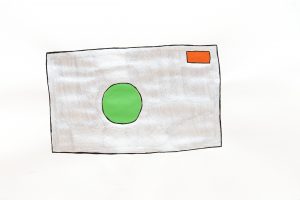 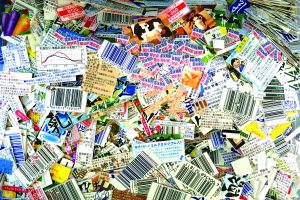 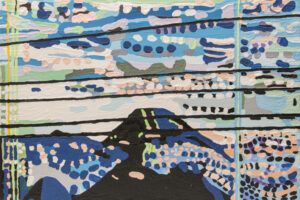 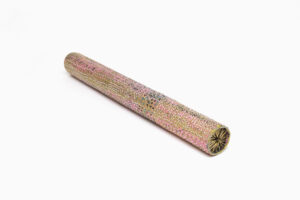 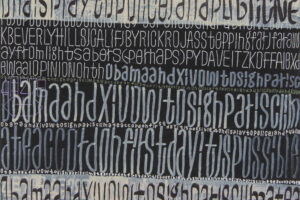 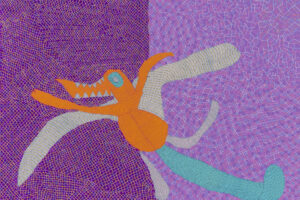 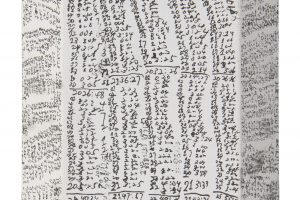 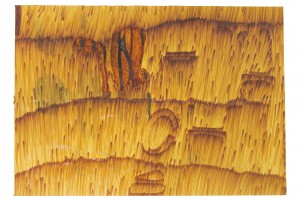 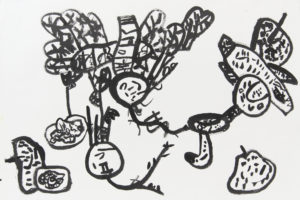 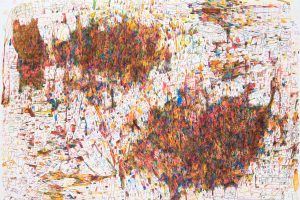 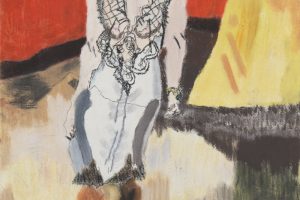 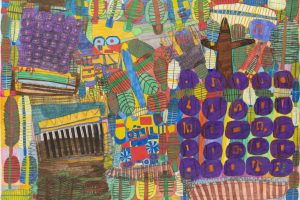 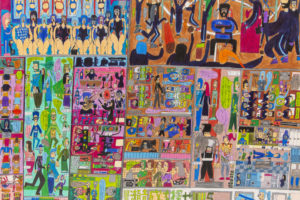 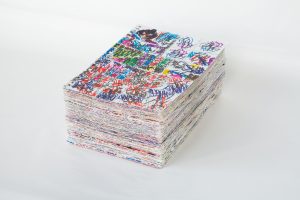